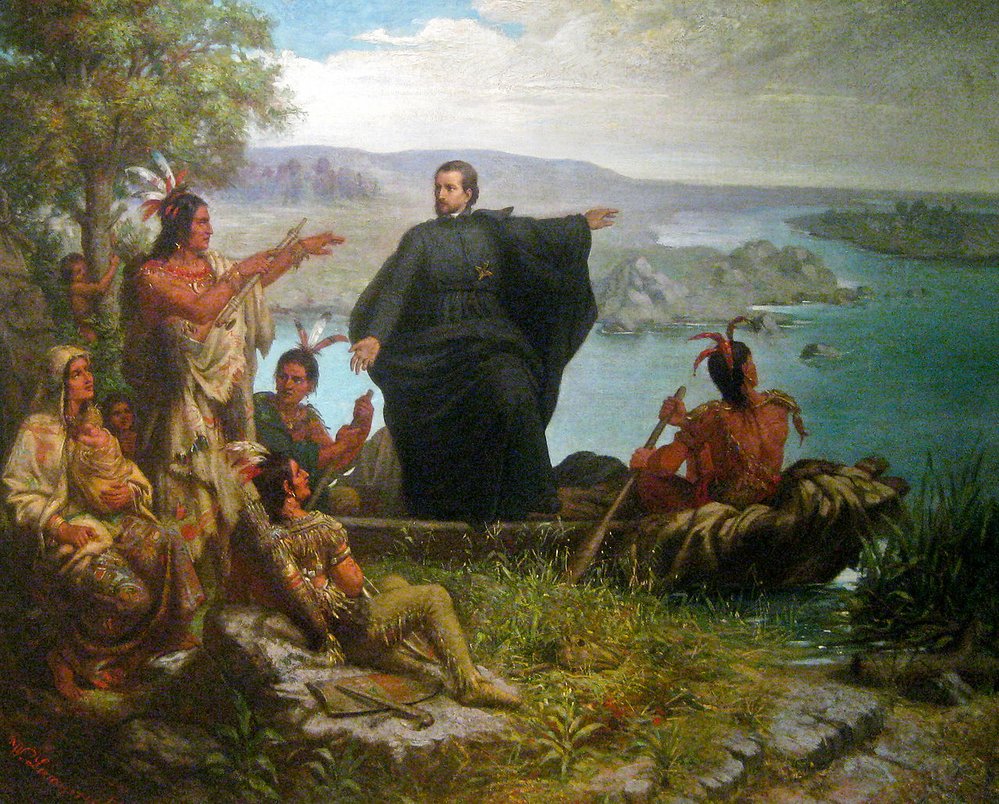 Bison go by many names. Indian nations each had their own name for these majestic creatures. If the tribe’s survival revolved around bison they had many names for bison. The movie, “Dances with Wolves,” took the Lakota Sioux name “tatanka” making bison forever cinematically known by this name. The last native nation living in this part of Illinois, the Potawatomi, called bison pkocshuka (kō-sūh-kăh). The term “bison” comes from both the Greek and Latin languages meaning “wild ox”.  When people worldwide see these wooly mammals they associate them with the word first used by the French trappers, buffalo. When the French adventurers first set eyes on these wooly bovines, they called them “boeuf” (bŭf) which means ox or bullock.   In the French language, “ox or bullock at the water” is spelled differently but sounds like this, “bœuf á l'eau” (bŭf-ă-lōw). So, both “bison” and “buffalo” have a similar meaning, ox. The American usage of the name “buffalo” was first recorded in 1635. This has a much longer history then the name “bison” which doesn’t appear in written record until 1774. Both terms are used interchangeably and seen in the dictionary referring to the same animal. “Bison” is considered more scientifically correct and definitely used by scientists, but “buffalo” does have a longer history. Whether you call them “bison” or “buffalo”, they don’t come running when you call. Now that you know both terms, you can use the name you prefer. Use “bison” if science is your niche or choose “buffalo” if history is your passion.

In his 1673 journal, Fr. Jacques Marquette describes bison, "We call them “wild cattle,” because they are very similar to our domestic cattle.... When our people killed one, three persons had much difficulty in moving it. The head is very large; the forehead is flat, and a foot and a half wide between the horns, which are exactly like those of our oxen, but black and much larger. Under the neck they have a sort of dewlap, which hangs down; and on the back is a rather high hump. The whole of the head, the neck, and a portion of the shoulders, are covered with a thick mane like that of horses; It forms a crest a foot long, which makes them hideous, and, falling over their eyes, prevents them from seeing what is before them. Moreover, they are very fierce; and not a year passes without their killing some savages. When attacked, they catch a man on their horns, if they can, toss him in the air, and then throw him on the ground, after which they trample him under foot, and kill him. If a person fire at them he must, immediately after the shot, throw himself down and hide in the grass; for if they perceive him who has fired, they run at him, and attack him. They are scattered about the prairie in herds”.

According to accounts. bison herds in 1673, along the Mississippi and Illinois Rivers, averaged between 30 to 40 animals, but could be as large as 400. Between 1679 and 1680, along the Illinois and Kankakee River Valley, it was recorded that 120 animals were killed in one day from a herd or 200-400 animals. About 64 miles west of where you stand, in a region around Starved Rock, testimony tells of 1,200 bison killed over a five week period in 1688.  It was estimated that in “Illinois Country”, a region roughly extending some distance east of the Mississippi River, 2,000 bison were killed a year from 1690 to 1691. By 1702, a French trader, Sieur Juchereau (Sēür Jŭ –chir-ō), set up a trading post in “Illinois Country”, near the Wabash River. His goal was to traffic or trade for buffalo hides. In a little over two years, this post traded for over 13,000 bison skins.

When 1818 comes along, small herds are occasionally seen in Northern Illinois. During 1820, in Vermillion County, Illinois in the vicinity of a salt lick “a few” bison are seen. In 1831, one bison turned up south of the town of Dixon in Lee County, Illinois, about 118 miles west here. The “big buffalo” seen was chased by a group of pioneers brandishing firearms. The hot pursuit of this bison ended in failure. The buffalo lived to see another day as he evaded these trophy seeking settlers by heading into the Winnebego Swamp. It was recounted that the last buffalo sighting in Illinois happen approximately 67 miles west of Midewin. Near Troy Grove, Samuel Aimes saw the bison and promptly shot it.

Recorded accounts from the mid-1700, show an increase in intensive hunting of bison because of a demand by Europeans and Native Americans for bison products. Accelerated hunting caused dramatic reduction in the size of Illinois bison herds. Next, add extremely severe winters during the 1700’s & early 1800’s to the math of bison survival. The result of harsh winters simply means fewer bison alive. In the mid-1800’s, suppression of prairie fire was becoming the norm for a more agrarian Illinois. No fire meant a loss of prairie habitat required to sustain these large herbivores. This was the final factor in the Illinois bison equation. The sum total of bison equaling zero.

By most accounts, bison had essentially disappeared by the 1820’s from Illinois. As bison disappeared from Illinois, the decimation of the vast herds of the West was just beginning. This coincided with the growth of the railroads. The last commercial buffalo hunt took place on the Great Plains of the west in 1883. In 1884 it was estimated there were only 325 bison left in the United States, including a herd of 25 in Yellowstone.