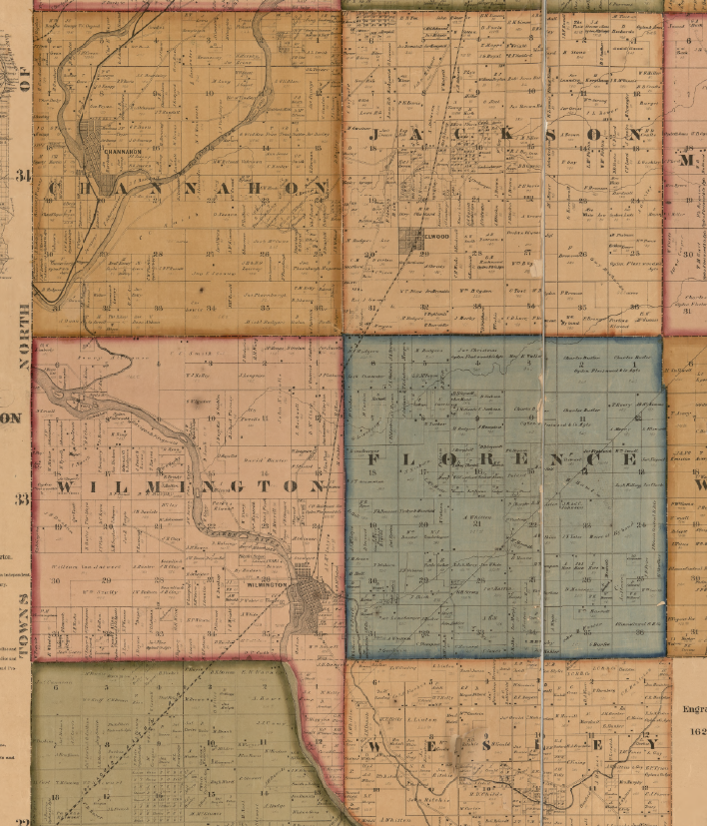 Turning off Illinois Route 53 into the Iron Bridge Trailhead you are at the crossroads of thousands of years of regional history, if you know what to look for! The entrance road is actually a segment of old Blodgett Road, used from the mid-Nineteenth Century until the Army bought the land in 1940. It divided Jackson Township on the north from Florence Township on the south. Since one of the functions of township government in Illinois was the building and maintenance of roads, township roads were important since the cost of building and maintenance could be shared by the two townships they joined.

The railroad tracks along the west side of Route 53 run in the same rail bed laid for the Chicago, Alton, and St. Louis Railroad in 1854. Just after midnight on the third of May, 1865, the train bearing the body of President Abraham Lincoln passed over the old Blodgett Road crossing, on the way from Chicago to Springfield for final interment. Illinois Route 53 didn’t exist at the time.

In 1922, the road, initially called simply, “the concrete road” was built along the east side of the railroad tracks, between Hoff Road on the north and a point about a mile south of here where it merged into the north-south running township road. In 1926, what are now the two southbound lanes were incorporated into the original Route 66. Sometime after 1940 the Army had the road expanded to four lanes to carry additional arsenal traffic. At that time, it was re-designated, “Alternate” Route 66.

The restored prairie on the south side of old Blodgett looks much as it would have six thousand years ago when the tallgrass prairie became the dominant ecosystem, until the arrival of Euro-American farmers in the 1830s. A prehistoric Native American site dating from the Middle Woodland period about 2,000 years ago lies under a small portion of this prairie. The wooded area to the north shelters the remnants of the Moses Morgan farmstead. Morgan arrived in Kendall County, Illinois from New York in the late 1840s. He moved to this site in 1855. Foundations of the house, barn, and other farm buildings are still visible on the ground there, and trees planted by him and his descendants still grow here. Morgan prospered, and his family grew. By his death in 1878 he owned 13 local farms and when the Army purchased the land in 1940, the Morgan family owned nearly two square miles of the land nearby. The farmstead site is eligible for listing on the National Register of Historic Places.