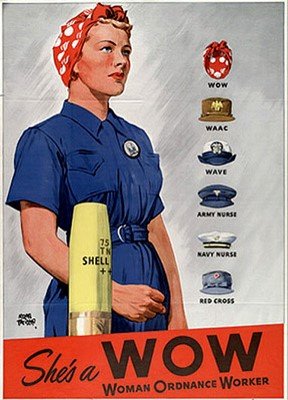 In 1939, the United States had little capacity for large scale manufacture of military munitions or military weapons at the start of WWII. The United States decided it would solve this problem by building specialized munitions manufacturing plants that were government-owned and contractor-operated or GOCO for short.  Seventy-seven of these GOCO plants were eventually built across the United States.

On September 17th, 1940 an announcement was made that an ammunition plant would be built in Will County, Illinois. Three days later, it was learned that not one, but two plants were being planned for Will County. These plants would be two of the first five large scale munitions manufacturing plants to be built in the United States.

The government had specific criteria they followed in selecting new plant locations. Sites needed to be 200 miles from the United States borders to protect plants from possible enemy air attacks. There must be reliable transportation of highway, railroad, or waterway nearby to easily transport munitions. The Will County site boasted highway Route 66 (now Il Route 53), the Santa Fe and Chicago & Alton Railroads on the west side and the Wabash Railroad on the east side. A large labor force was also necessary to man the plants. This site was in commuting distance to the cities of Joliet and Chicago. Yet, the location must also be far from highly populated areas in case of explosion. Additionally, the site must be level, have access to electric, oil pipelines and an abundant water supply. Lastly, the land must be relatively cheap. Many farms in this area of Will County were financially “under water”, so the incentive was there for farmers to sell their land. Furthermore, many farms were already owned by financial institutions, many of which were more than happy to sell. The land meeting all these criteria was rich farmland located between the towns of Elwood and Wilmington along Route 66 which would be renamed Route 66A or “Alternate”.

Land purchase negotiations began on September 18th of 1940.  36,645 acres of land were purchased from 225 landowners at a cost of $8,176,815. Farmers were paid a fair market value for their land plus improvements. They were also given either 30, 60, or 90 days to vacate the property. Construction stared in mid-November of 1940 on both plants. This meant construction commenced before farmers received the checks for the land purchases in late November. The push to get plants running and producing munitions for the war was on. In less than a year, both plants were producing munitions.

Kankakee Ordinance Works was built south of Elwood on the west side of Route 66A. Kankakee Ordinance Works produced primarily TNT as well as other chemical compounds used in explosives. Most of these products would be shipped via intra-plant railroad to the plant being built on the east side of Route 66A. Located southeast of Elwood and northeast of Wilmington, was the Elwood Ordinance Plant. The mission of this plant was to load and assemble shells, bombs, fuses, detonators, boosters, and primers with explosives. 17,000 construction workers were hired to build these two plants. The construction cost of the two plants totaled $81 million. This included a total of 1,462 buildings for both plants.  882 of these were located on the east side and 580 buildings on the west side. Within the arsenal 166 miles of railroad and 220 miles of road were built. The facility was enclosed by miles of 8-foot chain link fencing topped with 2 feet of triple strands of barbed wire string. The hourly wage for construction workers started at $0.90 for general laborers, $1.50 for plumbers and up to $2 for general foremen. Much more than just the cost of the buildings was figured into the final price tag.

Elwood Ordnance Plant began operation of a medium and major caliber line on July 12th of 1941. Kankakee Ordinance Works began production in Acid Area No. 1 on September 8th of 1941. Both plants were also well known for their ammunition production training schools during WWII. The nickname of the Elwood Ordinance Plant was the “WestPoint” of ammunition. This was due to its extensive training program for United States plants and personnel as well as those from other allied countries including China.

The peak number of employees for both plants combined reached 20,000 in July of 1942. These folks worked round the clock in three shifts. Hourly wages at the plants were $1.02 for the average worker, $0.86 for office employees, and $1.35 for railroad laborers. Three fourths of the arsenal positions were reserved for farmers displaced by the purchase of their land. As the United States became more embroiled in WWII, more men left the workforce on the Homefront to join the military. In 1941, extreme labor shortages at the two GOCO plants here were filled by women and contracted laborers from Jamaica and Barbados. About 25% of the workforce at the Joliet plants during WWII were women.

The arsenal plants did more than make chemicals and munitions during WWII. The 732nd Military Police Battalion was stationed on surplus land around the Kankakee Ordinance Works. This MP battalion was an all African American unit and their camp was located adjacent to the Des Plaines River.  It was known as Camp Des Plaines and was originally built in 1941 for the contracted workers from Jamaica and Barbados. This Battalion was hailed in the press for helping save Beardstown, Illinois during a massive spring flood along the Illinois River in 1943. An agricultural leasing program also came into being during WWII. This program allowed both plants to put surplus land around the plants into crops and grazing at a time when food shortages were critical. A land leasing program for both crops and grazing still exists on former arsenal lands today.

On August 14, 1945, V-J Day or Victory over Japan Day, all production of munitions ceased and actions for plant lay-away were undertaken. Both plants were closed by September of 1945 and placed on standby status controlled by the government. Within a month, facilities were combined into one large organization and the whole complex renamed the Joliet Arsenal. In post-war years fertilizer was manufactured at the Joliet Arsenal for use in the European Recovery Program, also known as the Marshall Plan. Ammunition reclamation and experimental bomb loading also continued.

The Joliet Arsenal remined in standby mode between December 1946 and May 1950. This would allow the munitions and TNT units to reactivate in the event of military conflict. With the advent of Korean War, reactivation started in June 1950. Production at the facilities continued until July 1953.  The end of hostilities in Korea put the Joliet Arsenal once more back into standby status. In August 1964, the facility changed its name to the Joliet Army Ammunition Plant.

The tensions in Southeast Asia turned to war in Vietnam causing both units to be reactivated in 1965. By 1969, the plant reached peak production rates. The end of the war in Vietnam came in April of 1975. The Joliet Army Ammunition Plant was declared inactive in 1976 although due to longer term contracts, some production continued at the plant into the mid-1990s. TNT production ceased for good in 1977.

As contracts were coming to an end, the arsenal property was declared surplus in 1993, by the United States government.  Extensive planning sessions with the public and government prepared for the transfer of this surplus property to other hands. In 1995, a task force was formed under Illinois Congressman, George Sangmeister.  A bill was introduced to the United States Congress to create the Midewin National Tallgrass Prairie, Abraham Lincoln National Cemetery, the Center Point Industrial Area and Island City Industrial Park, and the Will county Landfill. On February 10th, 1996, the bill was passed into law as the Illinois Land Conservation Act (PL 104-106), and except for parcels of land that still required clean-up, the land was transferred, ending the Army’s 56-year tenure on the land. This Opened a new chapter, one of restoration, to return to return to prairie as the Midewin National Tallgrass Prairie.